Twitter reportedly acquired TweetDeck, and that’s likely to be the first of many changes. Business Insider recently suggested that Twitter only has 21 million active users, and a lot more people who read of those users’ tweets. While at first blush this number may look really bad, it is actually an indicator that Twitter has matured. Twitter is a micro blogging platform, and has followed the same trajectory as blogs. At first, everyone blogged. Now only a few blogs really matter.


As Twitter becomes the go-to source of information for news, celebrities and more, it’s differentiated from Facebook, which is very focused on what your friends are posting. With this shift in mind, below are some features Twitter could quickly add via targeted acquisitions that could bring back the company’s mojo, scale users, and add multiple revenue streams.

Add a news view
With a Twitter news view, newbies and infrequent users would start with a broad view of what is currently interesting in the news, and as they follow sources and curators they would be able to personalize their experience and drastically increase Twitter usage. Adding a news feature could be accelerated by acquiring Twitter newspaper makers such as Paper.li or Tweeted Times, with a blend of Tweet Meme to rank the articles.
Show photos, videos and other media inline
The Twitter user interface has been stalled almost since its inception. Although users can now click to fetch linked media, it is not an ideal experience, especially since users are now accustomed to seeing photos and videos in line with the Facebook newsfeed.


Facebook is blanketing the web with its social plugins ranging from Likes to Comments, and Twitter needs to stake its claim on websites, especially news sites. An equivalent of Facebook’s recommendations plugin that shows what content on a site is actively being tweeted would be relatively easy to create. In addition, context about what people are saying about an article could be added by acquiring Back Type, which offers a widget that shows all of the tweets and comments about a particular URL.
Twitter 2.0 will make money
Twitter has experienced tremendous traffic growth, and more importantly has permeated into the collective consciousness with constant Twitter quotes by news organizations and entertainers. Twitter’s valuation has gone up as people expect it to monetize its traction with both consumers and brands. Here are a few of the features that would seriously inflect the Twitter revenue curve.
Saturday, May 28, 2011
0 Comments
Tag : Network, Web News

New way of drawing visitors to your site

Sell products in exchange for Tweets and Facebook Wall posts!

This is a new approach of drawing visitors to your site. Earlier, if you were a pro, you could use all the techniques to work on search engine optimization, spam the discussion boards, and send e-mails and what not. If you didn’t know anything about SEO and marketing, you only had an option to invest a lot of money to make your page known. Well, now it would seem that there’s another way for both the newcomers and specialists.

When I visited estago.com. Turns out, their services were free. So that’s a start.
Basically, they are offering a button to insert on your site and that offers something (an e-book, mp3, artwork or anything else) for a price of a post on Twitter or Facebook. The button logs into your account and posts a message to visit the site. So the visitor’s friends can see it. And if they push the button, the friends of the friends of the visitor can see it. It spreads like a virus, but
doesn't bring harm to anyone. Instead, more potential customers come to the site.

That bought me. I really, really do love every single portion of it. The idea seems banal, but it looks like nobody has thought of this before. But does it work?
It’s a win-win situation for the webmaster (who gets an outrageously high increase in visits) and the customers (who get something for free). Here’s to estago.com for more innovative ideas!
Saturday, May 21, 2011
1 Comment
Tag : Site Tricks, Web News

►
Don't be too quick to click on links claiming to "Enable Dislike Button" on Facebook, as a fast-spreading scam has caused problems for social networking users this weekend.Messages claiming to offer the opposite to a like button have been appearing on many Facebook users' walls:

The scammers have managed to wall post Facebook's security to replace the standard "Share" option with a link labeled "Enable Dislike Button".
The fact that the "Enable Dislike Button" link does not appear in the main part of the message, but lower down alongside "Link" and "Comment", is likely to fool some users into believing that it is genuine.
Clicking on the link, however, will not only forward the fake message about the so-called "Fakebook Dislike button" to all of your online friends by posting it to your profile, but also run obfuscated Javascript on your computer.
The potential for malice should be obvious. But it remains something that many Facebook users would like, and so scammers have often used the offer of a "Dislike button" as bait for the unwary.
Here's another example that is spreading, attempting to trick you into pasting JavaScript into your browser's address bar, before leading you to an application scam or a survey scam: 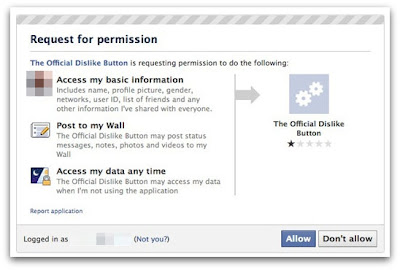 But you still haven't at this point been given a "Dislike" Facebook button, and the rogue application requires you to complete an online survey (which makes money for the spammers)

Add this Firefox browser add-on for all fake , spam & scam button developed by spammers and protect your system from all other fake/virus infected websites.
Monday, May 16, 2011
0 Comments
Tag : Facebook, Security, Web News

ID fraudsters (hackers) target Facebook and other social networking sites to harvest information about you. Here's how i recommend you set your Facebook privacy options to protect against online identity theft.
How to adjust your settings
This guide will walk you through recommended privacy settings in Facebook, and show you how to set more secure levels of privacy and reduce the chance of becoming a victim of online identity theft.
Monday, May 9, 2011
0 Comments
Tag : Facebook, Security, Site Tricks, Web News 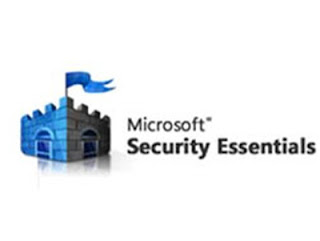 Microsoft Security Essentials is a free antivirus software created by Microsoft that provides protection against viruses, spyware, rootkits, and trojans for Windows XP, Vista, and 7. Microsoft has always recommended that its users use real-time antimalware protection, but the release by the end of this year will mark the company's first free solution. MSE replaces Windows Live OneCare - a subscription antivirus service - and Windows Defender, which only protects users from adware and spyware. 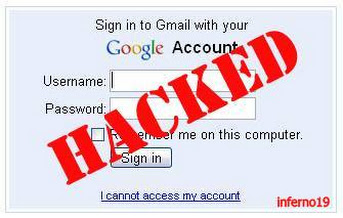